Like we did for Women in Horror Month, we're going to celebrate LGBTQ month with some guest blog posts from our members, Remy Flagg, John Grover and Larissa Glasser.

First entry is from Remy Flagg.


June is when our flag waves its hardest. Rainbows: suspended in the windows of small businesses while parades fill the street blaring Lady Gaga, Cher and Madonna. In every major city (and many smaller cities) June represents a chance to step out of the safety of our bubbles and shout, "I am here." From coast to coast, June is our month of pride.
Yes. I am gay.

This is the first time I've written this statement in conjunction with being an author. I have been out and open about my sexual orientation since I turned sixteen. Growing up in the backwoods of Maine, differences were tolerated as long as they were done quietly, discreetly, and didn't stray too far from the norm. Despite being likable, even popular, it became apparent that I was different than my peers, and thus began an emotional isolation. 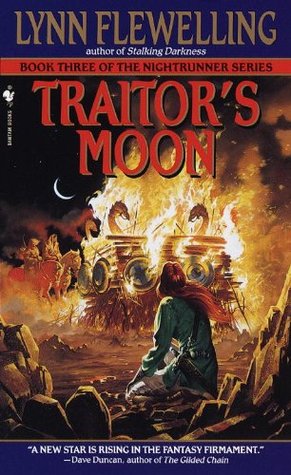 At the same time I was coming to grips with my deviance in the setting of a small town, I found myself lost in a world of literature. Favoring the works of R.A. Salvatore, Mercedes Lackey, and Neal Stephenson, I became a sidekick to rogue heroes carving out a place for themselves in a cruel world. Frequently in Lackey's work, elves presented a sexual ambiguity that gave me just enough hope. Somebody knew I existed. Later, I would be introduced to Lynn Flewelling's Nightrunner series where the love and sexual tension between two male characters had me on the edge of my seat as they sorted through complex emotions, identity, and the ramifications of society's displeasure.

These characters imagined by authors reminded me I wasn't alone.

While standing in Borders, a friend placed a book in my hands that would change my life. Having read the back, he purchased it and while we enjoyed crappy coffee, he started reading. Within pages he found himself revolted at the contents and said, "It's yours." Only a few pages in, filled with detailed violence and visual gore, I understood why he rejected the novel. A fan of horror movies, I was more enticed than sickened. The language was as beautiful as the scene was horrific. I found myself captivated by the grotesque.

Exquisite Corpse, a masterpiece penned by Poppy Z Brite spoke to my angst. Her characters were broken, each driven and consumed by a fundamental flaw. Other than the rare appearance of a gay character on an HBO show, they served as my connection to a piece of my identity I didn't have the vocabulary to explore. Despite the brutality she described, there was a sense of duty about her characters, even if it did involve cannibalism. Under the shitty hand life dealt them, conflicting emotions developed a layer of complexity, depicting their sexuality as more than right and wrong. They were real, and for a gay teen growing up in an environment where gay still meant jolly, it was enough.

I devoured everything Brite wrote. When we had access to the internet, I researched what I could. An article explained the Z as being a "third gender," and she identified as a gay male trapped in the body of a woman. Completely unaware of the existence of transgender individuals in my youth, he was my first. He introduced me to the scary, often morally ambiguous world in which virtuous absolutes are seldom applicable. Contained within these captivating and frightening arrangements of words, Poppy Z. Brite showed me a guy can love another guy and that it is indeed, a fucked up rollercoaster of a ride.

It doesn't take knowing me for long before my sexual orientation and preference for bears is made abundantly clear. My writing group has met a boyfriend or two and my memoir, I.Am.Maine: Stories of Small Town Maine speaks of growing up gay in a small rural town. And yet, despite this openness, I have been reluctant to declare my sexuality within my author platform or within the context of my writing. I am willing to be the, "sarcastic author," the "cyberpunk author," the "zombie author," or the "superhero author," but fear has clenched my chest when I ponder being the "gay author."

My first foray into horror, Suburban Zombie High pitted a group of unlucky teen clichés against a relentless hoard of undead. Setting the stage for comedy, my only LGBTQ+ character is Victor, a teenage soon-to-be military recruit who is wrestling not with his sexuality, but with feelings of intense devotion to a superior officer. Despite the book being directed at young adults and poking fun at the horror genre, Victor is a variation of my teen self. He has emotions he can't quite put into words, and only when another character comments on him being gay do the elements align. Victor is this idea that a masculine man, in a situation where heterosexuality is the norm, can be gay, and campy all while being accepted.

My first experiment with an LGBT+ character provided humor, comic relief, and in many ways reflected myself. But as part of an ensemble cast, his story only scratched the surface, dealing mostly with his coming out process. While this would have been a relief to read as a young reader, I still found myself dodging the desire to make my protagonist a gay male. Fear of having my early career pigeon holed or worse yet, rejected entirely, hovered over my shoulder. Then I found horror.

I've had the opportunity to mingle with many horror writers since I started this journey. While my love of horror is predominantly in film, these authors had no issue welcoming an unknown author. These authors, who write about physical, psychological, and societal trauma, have been a safe harbor while determining how I wanted to proceed and expand upon my identity. Rarely do they make assumptions and more often than not, I've watched them rally to defend silenced minorities. While I've seen many hide for fear of confrontation, they welcome the opportunity to make the world better one step at a time. 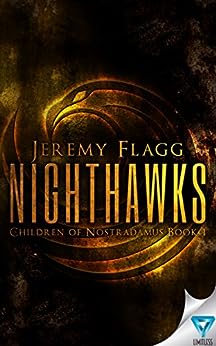 In Nighthawks, my first science fiction novel, the main character is a sarcastic art major who develops superhuman abilities. Surrounded by a tyrannical government, a deep-rooted conspiracy, and robots trying to kill him, I found there was little time to delve into his sexual orientation. When working on the back blurb for the book, my publisher went as far as to suggest a budding relationship between him and his female muse. During a wave of edits, I decided a character who had been wearing a head scarf was being white-washed, and now represents a vibrant, strong, Muslim female. But to make the protagonist gay, that remained difficult. While I didn't out him in the book, other characters have made observations and alluded to this eventual reality. 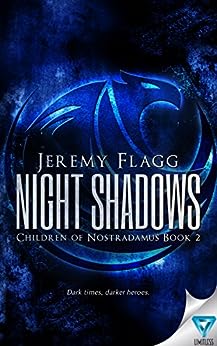 The book was well received and one of my former students messaged me saying thank you for writing a character like him. He struggled with his sexual orientation, but he refused to let it define his existence. He appreciated that my character had this dimension, subtle and without grandstanding. It dawned on me in that moment, that I needed to think back to Poppy Z. Brite and tackle my personal demons so I could expand as a writer. In Night Shadows, the sequel, the two male characters, after surviving a near-death experience, finally have sex. I decided I label the relationship, as I feel a younger me never needed the label itself. I needed to know not every act of intimacy required categorization, and at this point, I'm not sure if the characters' passionate exchange will be more than a friendship with perks.

Gays in horror, reflecting on this I've always wondered, why this genre and not the fantastical possibilities of fantasy or the progressiveness of sci-fi? Being a visible member of the LGBTQ+ community has gotten easier for me, but there are those mortifying moments when you ponder, "What if..." What if that man slinging slurs at the bar had started a fight? What if I'm told I'm being sent to rehabilitation? What if I find myself jailed for public displays of affection? What if I'm tortured for who I am? These horrors exist for many around the globe.

As a horror writer, I've been known to rake my characters over the coals and put them against incredible odds, but at the end of the book, there always remains a sliver of hope. After persisting, enduring, and surviving, we see a character able to grow and persevere. Even in the bleakest of horror where the character falls victim to these horrors, we mourn for the loss of an individual whose future still had promise . In essence, we place ourselves in their shoes and insist we make it to the final page. In horror, we find ourselves surviving the worst and hoping for the best.

I am gay. It will remain one of the many facets of who I am as a person. My fear of being labeled a "gay author," has become a hindrance, preventing me from penning the work I needed when I first identified as such. I am gay. I am an author. I am proud of both. Label as you must, but for now, I have characters in need of saving.