For awhile we've been encouraging our members to guest blog on the site.  Is the first entry by Kristi Peterson Schoonover - do visit her site when you're done reading. 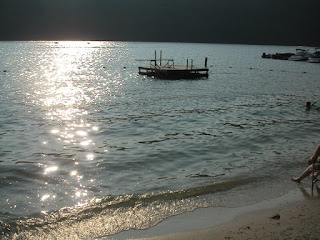 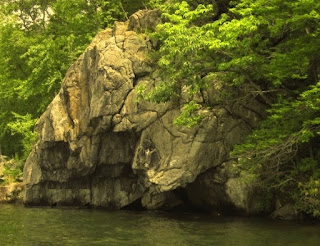 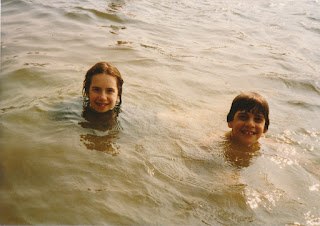 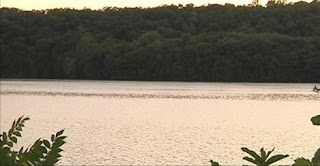 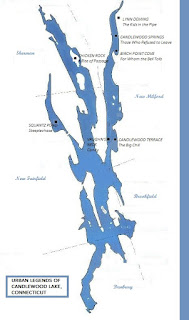 PHOTO CAPTIONS
Candlewood Terrace Beach
My childhood beach. It’s one of many locations on the lake where, in winter, unidentifiable sounds echo across the ice. On another note, in the winter, the dock with the diving board is about where the water level starts; everything between there and the shore is dry land. It’s creepy walking on the bottom.
Chicken Rock
There’s more than one way to test your mettle at Chicken Rock.
History of the Lake
Down the Hatch is a well-known lakeside bar and restaurant famous for its “dock-your-boat-and-eat” culture. It’s been around since the 1940s (and to this day is a favorite summer haunt of mine) and featured this history of the lake on its menu for the 2010 season.
Kristi & Chuck
My brother, right, and I swimming in Candlewood Lake, circa 1982. I would’ve been about 11 here, right around the age when these stories were all the rage among my group of friends.
Urban Legends Map
This map shows the tales’ (approximate) locations.
Vaughn’s Neck
We’re looking at Vaughn’s Neck on the New Milford side. Candy is said to prowl off a small beach a little further south.